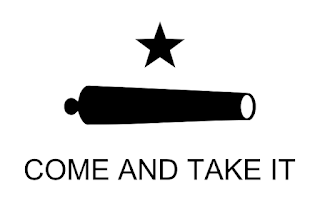 *The opinions and views articulated in these opinion pieces may not necessarily reflect the opinions or views of gunsgold.com and its entire staff.*

November 19th 2021, in Kenosha County courthouse, Kyle H. Rittenhouse (18) was found not guilty of all charges by jury. Kyle had been charged with first degree homicide, among other felony charges, stemming from discharging an AR15, in 2020 during nights of riots from BLM protests in Kenosha Wisconsin.

Kyle killed 2 men, Anthony Huber, and Joseph Rosenbaum, and injured a 3rd man, Gauge Grosskreutz. The two dead men, whether you find it relevant or not, were not exactly choir boys. Joseph Rosenbaum was in fact a convicted child rapist, and the other a convicted domestic abuser. These men attacked Kyle in the street, hitting him with a skateboard and attempting to disarm him of his rifle. They did not succeed.

The jury, took over 3 days to reach a verdict in this case. Ultimately, they came to a unanimous verdict of not guilty on all counts. Now, Wisconsin (and most democratic strongholds) prepare for the repercussions. National guard troops have been deployed in Kenosha county,  WI and the governor of the state and the president of the US watch closely. Even the 46th president has made outspoken statements on the case, which may in turn result in a sitting president being sued for defamation. What a time to be alive.

To show my cards, I'm rooting for Kyle. I'm on team Rittenhouse. I'm an American with morals, a solid understanding of right and wrong, and all of my chromosomes. Basically the opposite of a democratic supporter.

I appreciate a young man with a heart like his. Whether it was a good idea or not to grab a rifle out of the closet and head down to the local riot; I think his motives were pure in the intentions of helping. Helping what? Not sure myself. I think a few Toyotas can burn and it isn't worth my life, but I remember being a fired up kid with ideals once...

From what I've seen from footage of the night, he is the real deal. I find a sense of innocent naivety in Kyle. I find a little bit of myself in him.

I think Kyle is a positive influence on his community, unlike the people that met their demise at the end of his rifle. I think he could have spent his time that night more productively. If he was my son, I'd have whooped his ass at the first mention of his intentions that night. He should have stayed home. He didn't. He was 17 and stupid, like all of us have been.

I was 17 and stupid once, I'm just no longer 17 anymore. I understand Kyle took a few lives but I'll just put the moose on the table; I'm cool with the lives he took.

There is plenty of video evidence of what happened that night. Judge for yourself. In my opinion, Kyle defended his life. The rats who tried to jack a child in the streets died bleeding in the gutter like the vermin that they are. There are inconvenient truths in life. Things that suck. This is one of them folks.

I think its clear that the people he shot intended to do him great harm. One was armed with a pistol that he pointed at Kyle, moments before Kyle shot him. This is all public record. The assailant (Grosskreutz) actually admitted that Kyle didn't shoot him until he pointed his pistol at him in his testimony in court. He then proceeded to piss and moan about Kyle vaporizing his bicep. Play stupid games, you win stupid prizes. Ps, Grosskreutz pistol was illegal and he did not possess a valid permit for it (but the corrupt DA did not charge him).

A few big things I take from this trial: 1 Kyle was not really on trial, but the ability to use a firearm by the general citizenry itself was. Much damage has been done already in the minds of millions with this case. Any sane person would agree, Kyle was acting in self defense. Now, any sane person must question how useful a firearm truly is, if in an ideal use scenario, one can still be tried, charged, and convicted in the court of public opinion.

There are indeed less people willing to take up a rifle in their community and provide aid, among the tiny fraction of folks who were willing to do that to begin with, specifically because of this case. That is the point of prosecuting this case entirely. It is simply to erode the publics confidence in their ability to fight back. It was not Kyle on trial, but patriotic America itself.

With his victory, I hope that a level of common sense can return to our system of justice. I am jaded and I feel much more needs to be done but I concede that this is good news for rational, 2A loving patriots.

Enjoy the good news ladies and gentleman we are few and far between with it lately but now is the time to celebrate. Justice did prevail.

And if I could say one thing to Kyle; I'm rooting for you brother. You're a God damn demon slayer. You were one of the few to answer a call to duty; in my opinion that is one of the truest marks of being an American.

We few, we happy few, we band of brothers

For those who slay a liberal pedophile, shall be my brother. Scouts out.