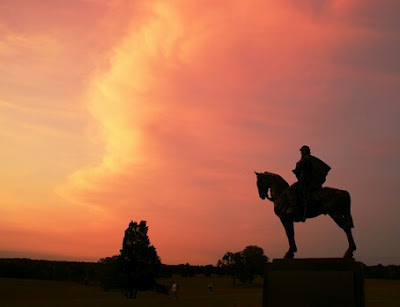 One of the most thrilling memories of the 2012 campaign was the sight of those huge crowds who came out to see Ron. His competitors, meanwhile, couldn’t fill half a Starbucks. When I worked as Ron’s chief of staff in the late 1970s and early 1980s, I could only dream of such a day.

Now what was it that attracted all these people to Ron Paul? He didn’t offer his followers a spot on the federal gravy train. He didn’t pass some phony bill. In fact, he didn’t do any of the things we associate with politicians. What his supporters love about him has nothing to do with politics at all.

Ron is the anti-politician. He tells unfashionable truths, educates rather than flatters the public, and stands up for principle even when the whole world is arrayed against him.

Some people say, "I love Ron Paul, except for his foreign policy." But that foreign policy reflects the best and most heroic part of who Ron Paul is. Peace is the linchpin of the Paulian program, not an extraneous or dispensable adjunct to it. He would never and could never abandon it.

Here was the issue Ron could have avoided had he cared only for personal advancement.
But he refused. No matter how many times he’s been urged to keep his mouth shut about war and empire, these have remained the centerpieces of his speeches and interviews.

Of course, Ron Paul deserves the Nobel Peace Prize. In a just world, he would also win the Medal of Freedom, and all the honors for which a man in his position is eligible.

But history is littered with forgotten politicians who earned piles of awards handed out by other politicians. What matters to Ron more than all the honors and ceremonies in the world is all of you, and your commitment to the immortal ideas he has championed all his life.

It’s Ron’s truth-telling and his urge to educate the public that should inspire us as we carry on into the future.

It isn’t a coincidence that governments everywhere want to educate children. Government education, in turn, is supposed to be evidence of the state’s goodness and its concern for our well-being.
The real explanation is less flattering. If the government’s propaganda can take root as children grow up, those kids will be no threat to the state apparatus. They’ll fasten the chains to their own ankles.

H.L. Mencken once said that the state doesn’t just want to make you obey.
It tries to make you want to obey. And that’s one thing the government schools do very well.

A long-forgotten political thinker, Etienne de la Boetie, wondered why people would ever tolerate an oppressive regime. After all, the people who are governed vastly outnumber the small minority doing the governing. So the people governed could put a stop to it all if only they had the will to do so. And yet they rarely do. De la Boetie concluded that the only way any regime could survive was if the public consented to it.

That consent could range all the way from enthusiastic support to stoic resignation. But if that consent were ever to vanish, a regime’s days would be numbered. And that’s why education – real education – is such a threat to any regime.

If the state loses its grip over your mind, it loses the key to its very survival. The state is beginning to lose that grip.

Traditional media, which have carried water for the government since time began, it seems, are threatened by independent voices on the Internet. I don’t think anyone under 25 even reads a newspaper.

The media and the political class joined forces to try to make sure you never found out about Ron Paul. When that proved impossible, they smeared him, and told you no one could want to go hear Ron when they could hear Tim Pawlenty or Mitt Romney instead. All this backfired.

The more they panicked about Ron, the more drawn to him people were. They wanted to know what it was that the Establishment was so eager to keep them from hearing.

Ours is the most radical challenge to the state ever posed. We aren’t trying to make the state more efficient, or show how it can take in more revenue, or change its pattern of wealth redistribution.
We’re not saying that this subsidy is better than that one, or that this kind of tax would make the system run more smoothly than that one.

We reject the existing system root and branch. And we don’t oppose the state’s wars because they’ll be counterproductive or overextend the state’s forces.
We oppose them because mass murder based on lies can never be morally acceptable.
So we don’t beg for scraps from the imperial table, and we don’t seek a seat at that table.
We want to knock the table over.

We have much work to do.

Countless Americans have been persuaded that it’s in their interest to be looted and ordered around by a ruling elite that in fact cares nothing for their welfare and seeks only to increase its power and wealth at their expense.

The most lethal and anti-social institution in history has gotten away with describing itself as the very source of civilization. From the moment they set foot in the government’s schools, Americans learn that the state is there to rescue them from poverty, unsafe medicines, and rainy days, to provide economic stimulus when the economy is poor, and to keep them secure against shadowy figures everywhere.

This view is reinforced, in turn, by the broadcast and print media. If the public has been bamboozled, as Murray Rothbard would say, it is up to us to do the de-bamboozling.

We need to tear the benign mask off the state. That is the task before you, before all of us, here today.

Learn everything you can about a free society.

Read the greats, like Frederic Bastiat, Ludwig von Mises, and Murray Rothbard.
As you delve into the literature of liberty, share what you’re reading and learning. Start a blog.
Create a YouTube channel. Organize a reading group.

But whatever you do, learn, spread what you’re learning, and never stop.

With its kept media on the wane, it is going to be more and more difficult for the state to make its claims stick, to persuade people to keep accepting its lies and propaganda.

You’ve heard it said that the pen is mightier than the sword. Think of the sword as the state.

Think of the pen as all of you, each in your own way, spreading the ideas of liberty.

Remember that insight of Etienne de la Boetie: all government rests on public consent, and as soon as the public withdraws that consent, any regime is doomed.

This is why they fear Ron, it’s why they fear you, and it’s why, despite the horrors we read about every day, we may dare to look to the future with hope.

This article is based on remarks delivered at the Paul Festival in Tampa, FL, August 25, 2012.
#RonPaul Ron Paul RonPaul