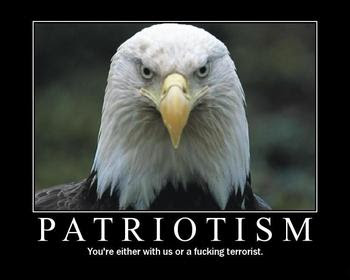 Whenever I watch media coverage of another Occupy Wall Street event I am reminded of an exchange between Jewish protesters in the 1979 Monte Python movie Life of Brian. One of the protesters asks another what the Romans have brought to the area and the conversation goes like this:

Question: All right, but apart from the sanitation, medicine, education, wine, public order, irrigation, roads, the fresh water system and public health, what have the Romans ever done for us?

The point is that the Roman institutions brought a good deal to the area that was being overlooked by the protesters. The Wall Street protesters, in their hatred of capitalism, overlook things including the fact that over the last 100 years capitalism has reduced poverty more and increased life expectancy more than in the 100,000 years prior.

Every semester I ask my students: "What would you rather be? King of England in 1263 or you?" Turns out, students would rather be themselves. They enjoy using their iPhone, indoor plumbing, central heating, refrigerators and electric lighting. All of these things are available to the average person in America today and none of them were available to the aristocracy when the West operated under the feudal system.

How is it that for thousands of years mankind made very little progress in increasing the standard of living and yet today half of the goods and services you use in the next week did not exist when I was born? It wasn't that there was some change in the DNA such that we got smarter. The Greeks knew how to make a steam engine 3,000 years ago and never made one. The difference is in how we organize our economic system. The advent of market capitalism in the mid 18th century made all of the difference.

We need not just rely on historical data. Look at cross-section evidence. I try another experiment with my students. I tell them they are about to be born and they can choose whatever country in the world they would like to be born in. The only caveat is they will be the poorest person in that country. Every student picks a country that is primarily organized in a market capitalist system. No one picks a centrally planned state. No one says, "I want to be the poorest person in North Korea, Cuba, or Zimbabwe," countries which are at the bottom of the Heritage Foundation's Index of Economic Freedom.

What does it mean to be poor in our capitalist society that the Occupy Wall Street crowd so hates? Robert Rector of the Heritage Foundation has several studies of those classified as poor by the U.S. Census Bureau. He found that 80 percent of poor persons in the United States in 2010 had air conditioning, nearly three quarters of them had a car or truck, nearly two-thirds had satellite or cable television, half had a personal computer and more than two-thirds had at least two rooms per person.

Contrast this with what it means to be poor in Mumbai, India, a country that is moving rapidly towards market capitalism but was burdened for decades with a socialist system. A recent story in The Economist described Dharavi, a slum in Mumbai, where for many families half of the family members must sleep on their sides in order for the entire family to squeeze into its living space.

The Occupy Wall Street movement has shown a lack of understanding of how the market capitalist system works. They appear to think that the cell phones they use, food they eat, hotels they stay in, cars they drive, gasoline that powers the cars they drive and all the myriad goods and services they consume every day would be there under a different system, perhaps in more abundance.

But there is no evidence this could be or ever has been the case. The reason is that only market capitalism solves the two major problems that face any economy-how to provide an incentive to innovate and how to solve the problem of decentralized information. The reason there is so much innovation in a market system compared to socialism or other forms of central planning is that profit provides the incentive for innovators to take the risk needed to come up with new products.

My mother never once complained that we did not have access to the latest Soviet washing machine. We never desired a new Soviet car. The socialist system relies on what Adam Smith referred to as the benevolent butcher and while there will undoubtedly be benevolent butchers out there, clearly a system that provides monetary rewards for innovators is much more dynamic and successful. The profit that the Occupy Wall Street protesters decry is the reason the world has access to clean water and anti-viral drugs.

The other major problem that must be solved by any economic system is how to deal with the fact that information is so decentralized. There is no way for a central planner to know how many hot dogs 300 million Americans are going to want at every moment in time. A central planner cannot know the relative value of resources in the production of various goods and services. Market capitalism solves that problem through the price system. If there are too few hot dogs, the price of hot dogs will rise and more hot dogs will be produced. If too many hot dogs are produced, the price of hot dogs will fall and fewer will be produced.

Market capitalism is the key to the wealth of the masses. As Ludwig von Mises wrote in his 1920 book, Socialism, only market capitalism can make the poor wealthy. Nobel Laureate Friedrich Hayek in his famous 1945 paper, The Use of Knowledge in Society, showed that only the price system in capitalism can create the spontaneous order that ensures that goods will be allocated in a way that ensures consumers determine the use of resources. The Occupy Wall Street movement would make best use of its time and energy in protesting the encroachment of the centrally planned state that led to the disaster of the Soviet Union, fascist Germany, and dictatorial North Korea.

This article was originally posted at the Media Research Center's Business and Media Institute blog.