The End Of America And How It Might Devolve 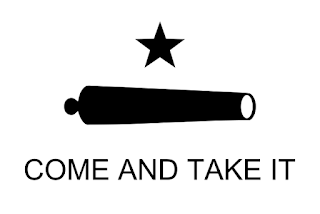 First you have financial collapse, which is basically the volume of debt that has to be taken on in order for the economy to continue functioning, cannot continue. We're seeing that right now in Greece, we're probably going to see that in Japan, we're definitely at a point now in the United States where even if you raised the income tax to 100 percent, there's absolutely no way of covering the liabilities of the U.S. federal government. So, we're at that point now but the workout of the financial collapse is not all quite there. We don't quite have a worthless currency but that's in the works.

That, of course, is followed by commercial collapse especially in a country like the United States that imports two thirds of its oil. A lot of that is on credit and if a little bit of that oil goes missing then the economy starts to fall apart because nothing moves unless you burn oil in the United States and, of course, a lot of goods that are sold everywhere are imported again, on credit.

And then commercial collapse is generally followed by political collapse because the Congress no longer has the ability to spend money in the fashion to which they have become accustomed. Governments at every level start failing. We're seeing the beginnings of that where fire and police departments around the country are being cut. Right now there's a big fight over the retirement of retired municipal workers. Retirements are, basically, being looted in order to paper over these giant gaping holes in the finance scheme.

Then the last two stages are, I think, generally avoidable in most places which is social and cultural collapse.

I think the country will be unrecognizable in 10 years, I don't know about 5, but I don't think it will look like a country in 10 years. I think it will be largely dismembered by it's creditors.

I think certain stages like the onset of fuel, transportation, fuel shortages will be very sudden. American society tends to be very fragile...I expect certain parts of the country to go through this cataclysm where suddenly everything that they depend on, which is basically their car, no longer works and everybody's stranded and very angry. It would be a lot of mayhem. We've already seen that, for instance, during Hurricane Katrina and afterward because of all the refinery problems the '..' pipeline that goes up from the Gulf, I think it ends up in New Jersey somewhere, it couldn't be filled so gas stations in places like North Carolina ran dry and I've heard from people in that area that basically civilization ceased to exist. And then, when gasoline supplies were restored civilization sort of came back. That should be the pattern in a lot of places in this country.

Unfortunately a lot of people simply cannot be reached because they refuse to hear what we have to say. It's not that they can't understand it, it's that they refuse to listen. The media, in general, in the United States makes it very easy because there is this fictional reality that they perpetuate and foist on people that contradicts what we're saying. We're saying that 'this will not continue for very much longer, people'. And then the media says that 'everything is fine, everything is normal'...

Our entire way of life - everything that we have come to know from the Baby Boomers to Generation Z - is being systematically disassembled - our financial, economic, political and social systems. Slowly, day-by-day, one policy shift at a time, the world as we know it is changing.

We're faced with mountains of debt, a dead or dying production capacity, a depreciating currency, rising unemployment, and more Americans than ever before having to rely on government assistance just to feed themselves and their families.

Whether we slowly devolve into a near third world nation over the course of the next decade, or experience a violent and rapid economic collapse fueled by rising commodity prices and shortages, remains to be seen.

Either way, we share Mr. Orlov's views that the system has crossed the Rubicon and has been irreversibly damaged. The coming decade is going to be long and arduous - unlike anything Americans have ever experienced before or ever expected to happen.