Damm The Torpedoes ... Full Steam Ahead 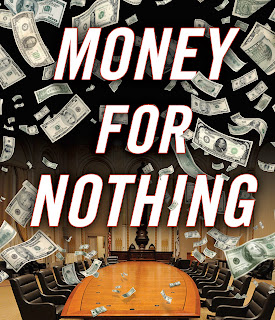 US economy heading back into recession

Data released over the last week indicates a significant deceleration in US economic activity. America’s job market is still struggling, while consumer confidence is falling – hurt in particular by rising petrol prices. In contrast, the demand for gold and silver is solid owing to growing fears about the depreciating value of the US dollar. As Bloomberg reported yesterday, the sales of Silver Eagle coins reached 18.9 million ounces in the first five months of this year, the highest level since 1986.

Annualised US GDP growth only reached 1.8% in the first quarter – a rate that is much too low to encourage a sustainable recovery in America’s job market. Weekly initial unemployment claims, which still exceed 400,000, as well as yesterday´s job market report released by Automatic Data Processing (ADP) indicate that the official unemployment rate is stagnating between 9 and 10%. ADP’s report stated that only 38,000 new jobs were created in the US private sector in the month of May. In addition, the number of Americans who depend on public subsidies in the form of food stamps now stands at 44.5 million people, almost one in seven of the country’s citizens.

Declines in regional purchasing manager indices and significantly slowing production growth also contributed to the bearish mood among investors. This week the markets have also had to cope with the latest S&P/Case-Shiller Index numbers as well, which showed that average house prices declined 3.6% in the 20 largest American cities in March compared with the previous year. The 20 US City Index is now at its lowest level since 2003. US house prices at the national real estate market declined by 5.1% in comparison with last year, and a quarter-over-quarter decline of 4.2% was measured in March.

As a result, national real estate prices are now back at levels last seen in 2002. David Blitzer, chairman of S&P’s Case-Shiller committee, said in an interview that the data confirmed a double dip recession in most regions of the US real estate market. This situation is occurring in spite of record low mortgage rates, which were kept at an artificially low level by the Federal Reserve’s quantitative easing measures.

Taking this rapidly deteriorating economic data into account, expectations are growing that the Fed will begin a third round of quantitative easing at some point this year. Nevertheless, experts are in disagreement as to how the broad economy would be affected by “QE3”. Further government stimulus programmes a la 2009 are unlikely now that the Republicans control the US House of Representatives, and with arguments about raising the debt ceiling expected over the summer months.

If the Fed does decide to print more money, the external value of the dollar will keep falling, with price increases in gold, silver, other commodities and broad equity markets highly likely.

Learn About Investing In Gold & Silver