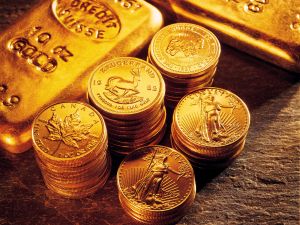 by JAMES WEST on APRIL 19, 2011
By James West
MidasLetter.com
April 19, 2011
Q: What do CNBC, George Soros, Warren Buffet and every other mainstream investment commentator on the price of gold have in common for the last ten years?
A: They are all wrong.
All the time, every year, ten out of ten years in a row. If you continue to pay attention to such disinformation, you will lose money. Definitely. No question. Guaranteed.
Each and every year, their vapid comments on the future gold price prove to be complete bollocks, yet year after year, and day after day, millions of readers watchers and listeners tune in for another dose of horribly incorrect information.
These days, the number of perpetually inaccurate predictions forecasting an end to the gold boom are thoroughly drowned out by the now multitudinous voices screaming from the rooftops for gold to go much higher. About 90 percent of that is the herd mentality at work. Early predictions for $1,000 gold, which seemed extreme and outlandish just two years ago, turned out to be very conservative. So its easy now to lay claim to being “the one who predicted the gold bull market”.
Bandwagon riders aside, there are compelling reasons to support a much higher gold price, and more importantly, a narrowing of the ratio between the gold price and the silver price. One year ago, the silver to gold ratio was 63 ounces of silver for every ounce of gold. Today that ratio is 35:1. Its fallen by nearly half in one year.
In terms of pure performance, whereas gold has delivered a solid gain of 26.51% in the course of the last year, silver has outshone gold spectacularly, turning in a gain of 123.55%, making it the commodity trade of the year by far. The effect of that performance is to dramatically alter the perception of investors in terms of its desirability as a precious metal. Its long been a psychological barrier to silver’s progress, in my opinion, that a precious metal could be had so cheap.
But as the prices of both monetary metals grows, and their price differentials narrow, investors want an idea of where the future is heading in terms of these prices. Can they continue to grow so dramatically in price, or is there a point at which their price appreciation curve will level out and become more incremental? Or, is there a point at this the upward price curves will plunge steeply downward? And at what point, if every, will the price curves of silver and gold converge? What exactly is the appropriate ratio of gold versus silver? Do we buy bullion, coins, ETF’s, Gold Funds, Senior Miners or Junior Explorers? Which is safest? Which is riskiest?
First lets consider the ratio question. If the ratio suggested in the title were to become reality, that would mean a ratio of only ten ounces of silver to buy one ounce of gold. If the ratio curve were to continue climbing in favour silver at the present rate, it would approach 10:1 within another year.
But if the ratio were to reflect numbers pegged to certain fundamental realities, then perhaps we could deduce a more rational price differential with better certainty. According to John Stephenson’s Little Book of Commodity Investing, there is 16 times more silver in the earth’s crust than gold. 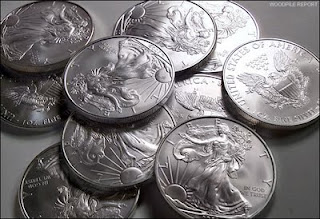