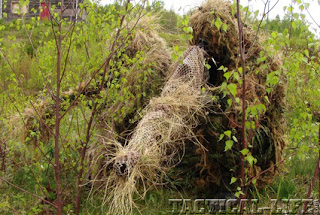 I believe the .308 is a good choice of the three common military calibers, because of its incredible range, accuracy, and stopping power. Range, in my personal opinion, is the key to self defense and survival.  Reaching out and 'touching someone' from a distance(if necessary) is far better than engaging in close quarter combat with an unknown enemy. Deadly force should always be used as a last resort and only if you've been compromised. The best offense is to NOT make contact with anyone - Do not give up your position if at all possible and never engage an UNKNOWN force.
Secondary arms, like pistols or pistol caliber carbines, leave more leeway for choice, and so do hunting rifles. I like 22 cal as ammo is cheap and never mind the guy who says it to small .. try taking a round in the neck, 22's can kill like any other weapon. 12 GA Shotguns can also be worth their weight in gold, in the right hands they can be devastating!  Never rely on a pistol, shotgun or hunting rifle, as your principal means of self defense. Most pistols do not have significant range and will be soundly outmatched by anyone with a combat assault rifle. Hunting rifles are NOT made for the heavy or sustained rate of fire necessary in a blown defensive situation. Best bet here is to remain out of sight, stay out of fire fights and live to tell, but always choose the right tool for the correct situation. Try to remember stealth is key. A cross bow or compound bow along with high powered air rifles can also be extremely handy and great for not drawing attention.
Now that we have gone lightly over the basics, let's look at some gear and other items for the advanced survivalist.
Advanced Gear
The equipment and strategies listed below are not a paramount concern, and it is possible to do without them. Those who feel they don't have the savings necessary to purchase more expensive items should focus on the Big Four. That said, it would make your life much easier if you had this gear in your inventory.
Advanced First Aid: The best first aid strategy is to be careful and not get hurt in the first place,(ie: no fire fights) but no one can foresee everything. During a collapse in a gun heavy environment like the U.S., the survivalist should expect to encounter people with bullet wounds, or to be wounded himself. A first aid kit should be equipped with a scalpel, sutures with silk or biodegradable thread, irrigation syringe, extra-long tweezers, a clean plastic bag to deal with a punctured lung, trauma bandages and pads with high absorption, and Celox blood stopper.
CELOX First Aid Temporary Traumatic Wound Treatment 35g Pouch

A lack of sterility is one of the greatest killers in combat first aid. Always ensure that tools and bandages are sterile, otherwise they will do more harm than good. Any kind of anesthetic is difficult to come by in a collapse scenario. Every account I have researched on countries that have collapsed in the past show that hospitals are either quickly looted or they run out of medications within weeks. If you are prescribed pain medications such as codeine for certain ailments, or antibiotics, you should store some of them in your first aid kit. Otherwise, alcohol can be consumed by the patient if he does not have a stomach wound, and herbal immune boosters like Echinacea or Elderberry can be used later to help fight infection.
CELOX First Aid Temporary Traumatic Wound Treatment 2 Gram Packet

'Basic First Aid Kit': Almost every household should have one of these. It would simply be a minor first aid kit with band-aids, aspirin, Neosporin, etc. It fits into a small bag and can easily be nestled into the corner of your backpack. However, many kits lack certain items which could come in very handy. Poison Oak/Ivy soap wash might save you a lot of pain and discomfort if you are constantly in wooded areas. QuickClot-Sport is a great item for stopping blood loss on minor to medium range injuries. Echinacea/Elderberry tea packets to prevent colds or improve immunity. Migraine medicine for those people who have chronic sinus issues or who have become chemically addicted to caffeine, artificial sweeteners, alcohol, etc. Remember, you may have very limited access to your once daily Diet Pepsi, Nutrasweet, or wild turkey, in a survival situation. Your best bet is to cut yourself off from these or any other chemical dependencies now before an event occurs. And, not to contradict myself, but you may want to include caffeine pills in your kit for emergencies in which you MUST stay awake for very long hours. This is, of course, a last resort.
Arborist Personal Medical Kit by Rescue Essentials

Sanitation: Don't count on running water during a collapse. In fact, expect a blitzkrieg of sanitation problems within the first few days of any breakdown. Overflowing or stagnant sewer systems, inoperable water treatment facilities, complete loss of water pressure, and that's just for starters. Think about the effect of millions of Americans letting loose wherever they please all at once without following proper latrine procedures because they are too dumb to know any better! I think I might rather deal with looters!
Setting up your latrine and waste water area downhill from your retreat is the first step in ensuring the clean soil and tranquil air of your area is not disturbed, but there are extra methods as well. Using bleach powder or lime can help. Also, using biodegradable products such as RV-Trine Bacterial Formula, or degradable Wag Bags, will not only neutralize odors and diseases, they introduce good bacteria which breakdown waste products and make the soil usable after a short time.

SAS Survival Handbook, Revised Edition: For Any Climate, in Any Situation

How to Survive the End of the World as We Know It: Tactics, Techniques, and Technologies for Uncertain Times

"The Survival Retreat" by Ragnar Benson: Great book focusing exclusively on the how and the why of retreat survival. Offers a solid overview of steps needed to start on the path towards building a solid retreat plan.
The Modern Survival Retreat

Ultimate Guide to Wilderness Living: Surviving with Nothing But Your Bare Hands and What You Find in the Woods

"Living On A Few Acres" by U.S. Department Of Agriculture: Very informative book on the workings of a small non-corporate multi-crop farm.
Living on a Few Acres

"Scout Sniper Training Manual" by the USMC : No book is going to teach you how to hit a target center mass at a thousand yards in high wind. That takes a precision rifle, and lots of practice. However, 'Scout Sniper Training' does offer valuable tips for breathe control, camouflage, evasion, tracking, and counter tracking. Better to know these things and never use them, than to not know them and suddenly figure out that you do!
U.S. Marine Corps Scout/Sniper Training Manual

"The Guerrilla And How To Fight Him “ by Marine Corps Gazette: This one is very old, but still useful. The U.S. military used to be a lot more honest when writing about its enemies way back when, and this book holds a lot of no-nonsense information on guerrilla fighting. No government injected opinions or biased rhetoric, just cold hard info on the strengths and weaknesses of the guerrilla strategy along with the examination of various combat scenarios throughout history.
Semper Fi
The Guerrilla-and How to Fight Him

The Tactical Advantage: A Definitive Study Of Personal Small-Arms Tactics

"Street Survival Tactics For Armed Encounters“ by Ronald Adams: This is basically a textbook for police recruits. Excellent information on surviving a gunfight, along with instinctive shooting techniques. As far as the police are concerned, this book is dated, and focuses on single officer or partner encounters with multiple assailants. Today, police rely much more on "shock and awe" SWAT team tactics rather than those displayed in this book. The survivalist though is more liable to be far outnumbered by his opponents, making the mechanical by-the-numbers methods of SWAT tactics less effective and the "shock and awe" philosophy rather useless. The intuitive strategies in 'Street Survival' seem much more practical for the average prepper.
Street Survival Tactics for Armed Encounters

Tactical Shotgun: The Best Techniques And Tactics For Employing The Shotgun In Personal Combat

Awareness And Purpose Are The Keys To Survival
It may sound peculiar, but the strongest survivalists are very often those people who have moved beyond simple self preservation. They are aware of the bigger picture, and they have a goal they strive to attain. Survival for its own sake is nowhere near enough in a cultural wasteland with no principles and no freedom. In reality, it behooves each and every survivalist to abandon the "every man for himself" mentality and think in terms of community, and a solidarity of ideals. Building a future in which liberty is the foundation and individualism is encouraged makes surviving much easier for us all in the long run, because it helps to guarantee impending crises will not harm us for generations to come. Survival is not a purpose in itself. Survival is a means to achieve a better tomorrow. Whether we as survivalists like it or not, our destinies demand something more. We have responsibilities to a greater cause, and that cause needs us now more than ever. Regardless of the chaos we encounter in the near term, logic and conscience require that we think beyond and act accordingly, so that our descendants do not have to clean up the mess we refused out of one sided self interest to confront.